Coming To A Cycle Path Near You!!

Cycling Without Age (visit the site and view the video) is an international program in 50 countries for mobility challenged people to help them enjoy the fresh air and scenery of their surroundings from the front of a trishaw. Thanks to the support of donors, volunteers and other community members, Cycling Without Age North Shore began offering free rides on the Spirit Trail to mobility challenged people this summer, as shown in the photos taken near Ambleside Pier. Our start up was delayed by COVID-19, but we intend to offer a full program of free rides on the Spirit Trail, Green Necklace and Lower Seymour Conservation Reserve (LSCR) Trail, COVID-19 permitting, in 2021. To do this we need to purchase an additional two trishaws and a cargo trailer to serve as a mobile base.

Please Help Us To Fundraise – for the third trishaw and cargo trailer we need to raise $10,000! We are inviting donors to purchase components of the trishaw from the list below.

We are inviting donors to purchase components of the trishaw from the list below.

Here is the link to our Donation Page:

If you think that you, a family member or friend or someone who would benefit would like to take a ride in one of the seats on a trishaw, donate a component, make it happen and be part of a legacy! Buy your component today!

Thanks for your donations!

Our latest Chapter News comes via our Twitter Feed 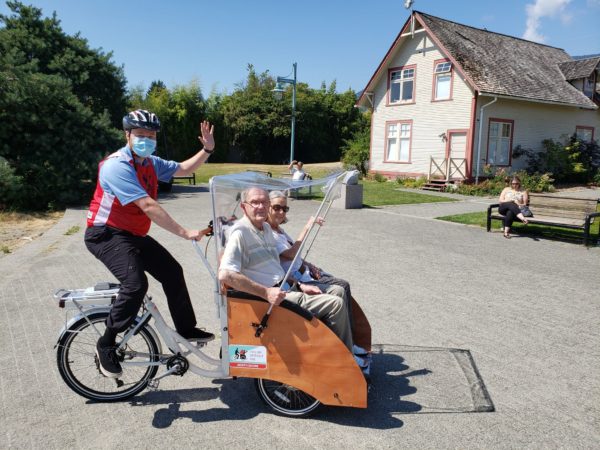 The North Shore Chapter of Cycling Without Age was initiated by retired engineer Ian Rose-Innes. A good friend had been diagnosed with a brain tumor and after surgery, radiation and chemo he was rather degraded. Ian wanted to take him for bike ride along the False Creek sea wall and for a cup of coffee at Olympic Village, but not one of the bike shops he tried in Vancouver had equipment that he could use to transport his friend. So when he encountered Cycling Without Age, which provides rides for those with mobility challenges on a trishaw, it really struck a chord. He started to work on the creating a North Shore Chapter which is now a reality.

You can reach us by email at: North Shore Cycling Without Age

Organizations helping us through providing operational support in various forms include:

We are actively looking for volunteers, including pilots for Spring and Summer 2021. If you are interested, please don’t hesitate to contact us by email at: Volunteering at Cycling Without Age Northshore 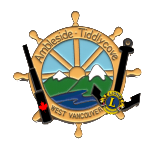